Thank you! Your submission has been received!
Oops! Something went wrong while submitting the form.
Application Programming Interface
(
API
)
:

An API, or application programming interface, is a set of rules and protocols that allows different software programs to communicate and exchange information with each other. It acts as a kind of intermediary, enabling different programs to interact and work together, even if they are not built using the same programming languages or technologies. API's provide a way for different software programs to talk to each other and share data, helping to create a more interconnected and seamless user experience.

the intelligence displayed by machines in performing tasks that typically require human intelligence, such as learning, problem-solving, decision-making, and language understanding. AI is achieved by developing algorithms and systems that can process, analyze, and understand large amounts of data and make decisions based on that data.

CUDA is a way that computers can work on really hard and big problems by breaking them down into smaller pieces and solving them all at the same time. It helps the computer work faster and better by using special parts inside it called GPUs. It's like when you have lots of friends help you do a puzzle - it goes much faster than if you try to do it all by yourself.

The term "CUDA" is a trademark of NVIDIA Corporation, which developed and popularized the technology.

The process of preparing raw data for use in a machine learning model, including tasks such as cleaning, transforming, and normalizing the data.

A subfield of machine learning that uses deep neural networks with many layers to learn complex patterns from data.

The process of selecting and creating new features from the raw data that can be used to improve the performance of a machine learning model.

You might see the term "Freemium" used often on this site. It simply means that the specific tool that you're looking at has both free and paid options. Typically there is very minimal, but unlimited, usage of the tool at a free tier with more access and features introduced in paid tiers.

A type of computer program that creates new things, such as images or music, by training two neural networks against each other. One network, called the generator, creates new data, while the other network, called the discriminator, checks the authenticity of the data. The generator learns to improve its data generation through feedback from the discriminator, which becomes better at identifying fake data. This back and forth process continues until the generator is able to create data that is almost impossible for the discriminator to tell apart from real data. GANs can be used for a variety of applications, including creating realistic images, videos, and music, removing noise from pictures and videos, and creating new styles of art.

Generative art is a form of art that is created using a computer program or algorithm to generate visual or audio output. It often involves the use of randomness or mathematical rules to create unique, unpredictable, and sometimes chaotic results.

GPT stands for Generative Pretrained Transformer. It is a type of large language model developed by OpenAI.

GitHub is a platform for hosting and collaborating on software projects

A GPU, or graphics processing unit, is a special type of computer chip that is designed to handle the complex calculations needed to display images and video on a computer or other device. It's like the brain of your computer's graphics system, and it's really good at doing lots of math really fast. GPUs are used in many different types of devices, including computers, phones, and gaming consoles. They are especially useful for tasks that require a lot of processing power, like playing video games, rendering 3D graphics, or running machine learning algorithms.

A type of machine learning model that is trained on a very large amount of text data and is able to generate natural-sounding text.

A method of teaching computers to learn from data, without being explicitly programmed.

A subfield of AI that focuses on teaching machines to understand, process, and generate human language

A type of machine learning algorithm modeled on the structure and function of the brain.

Neural Radiance Fields are a type of deep learning model that can be used for a variety of tasks, including image generation, object detection, and segmentation. NeRFs are inspired by the idea of using a neural network to model the radiance of an image, which is a measure of the amount of light that is emitted or reflected by an object.

OpenAI is a research institute focused on developing and promoting artificial intelligence technologies that are safe, transparent, and beneficial to society

A common problem in machine learning, in which the model performs well on the training data but poorly on new, unseen data. It occurs when the model is too complex and has learned too many details from the training data, so it doesn't generalize well.

Python is a popular, high-level programming language known for its simplicity, readability, and flexibility (many AI tools use it)

A type of machine learning in which the model learns by trial and error, receiving rewards or punishments for its actions and adjusting its behavior accordingly.

Spatial computing is the use of technology to add digital information and experiences to the physical world. This can include things like augmented reality, where digital information is added to what you see in the real world, or virtual reality, where you can fully immerse yourself in a digital environment. It has many different uses, such as in education, entertainment, and design, and can change how we interact with the world and with each other.

A type of machine learning in which the training data is labeled and the model is trained to make predictions based on the relationships between the input data and the corresponding labels.

A type of machine learning in which the training data is not labeled, and the model is trained to find patterns and relationships in the data on its own.

A webhook is a way for one computer program to send a message or data to another program over the internet in real-time. It works by sending the message or data to a specific URL, which belongs to the other program. Webhooks are often used to automate processes and make it easier for different programs to communicate and work together. They are a useful tool for developers who want to build custom applications or create integrations between different software systems. 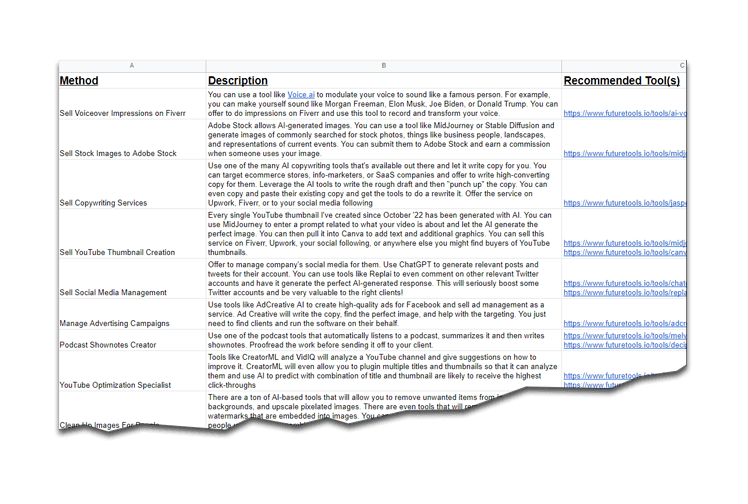 We respect your email inbox and will never spam!
GlossarySubmitNew Tools🌯Buy Me A Burrito